“I paint Women. Pinup, Burlesque, Fashion, Fantasy.”
Olivia De Berardinis has been working as an artist since the mid-70’s. Since 1985 Olivia has been a contributor to Playboy Magazine, where her art pinup page often appears with captions written by Hugh Hefner.
Born in Long Beach, California, her childhood years were spent primarily on the east coast. She attended the New York School of Visual Arts ’67 -’70. Resided in, Soho, N.Y.C. from 1970 to ’74, creating Minimalist paintings.
Olivia was one of the new artists introduced in the Second Annual Contemporary Reflections 1972-73, of the Aldrich Museum of Contemporary Art in Ridgefield, Conn. Also presented as one of 18 new artists in the “Tenth Anniversary, the Larry Aldrich Museum of Contemporary Art 1964-74” with established artists including Eva Hesse, Agnes Martin, and Frank Stella. By 1975. financial pressures forced Olivia to seek out commercial
art work. She returned to the skills she had gained as a child, painting women. She did work for periodicals and paperback publishers, advertisements, and movie posters. Olivia quickly secured regular work, starting in ’74, painting erotic fantasies for men’s magazines.
“Necessity shaped my career, I thought illustrating for sex magazines might be a fun temporary job until my “real” career started.
In the back of my
mind I believed I would go back to the fine arts. It wasn’t clear to me then, but this work became my art.” Excerpt from “Malibu Cheesecake” published 2011 by Ozone Productions, Ltd.
1977- with partner Joel Beren, started O Card Company to publish Olivia’s work as greeting cards.
1979- married Joel Beren in NYC They created another company, Ozone Productions, Ltd., to sell and license Olivia’s artwork.
1987- they moved from Manhattan, NY. to Malibu, CA., where they currently reside.
Olivia’s artwork has been shown in art galleries throughout the United States and Japan, and her work is collected by fans worldwide.
website: www.eOlivia.com
Facebook: facebook.com/OliviaPinUpArt
Instagram: instagram.com/oliviapinupart
Twitter: twitter.com/OliviaPinupArt 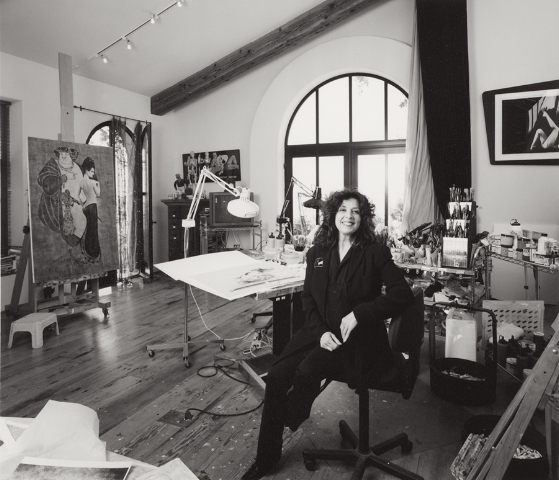 I have always drawn women. I can remember when I was three or four,

drawing a Barbie-like character based on my mother,

although Barbie Dolls didn’t exist until I was 10 years old.

I created a portfolio of black and white Aubrey
Beardsley inspired women.

They emerged from this female character I’d drawn all my life,

but now she was sexually amplified by the liberated 60’s,

Vereen sporting Panama hats and canes. The movie Cabaret was in the theaters,

a masterpiece of dance and direction by Fosse. This was the most
erotically charged choreography I had ever seen.

I was fascinated by the bizarre,exaggerated moves, the bawdy comedy of it.

My characters were mentally animated by his dancers, as I drew
women in black and white, like the notes on sheet music.

I went to a newsstand and wrote down the addresses of adult magazines.

In the back of my mind I believed I would go back to the fine arts.

It wasn’t clear to me then, this work became my art. 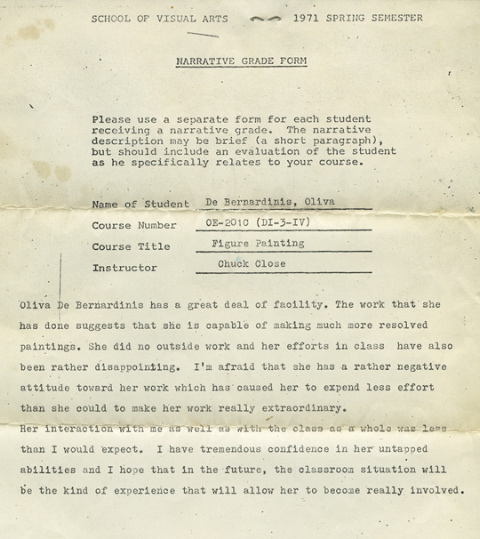 (paraphrased quote of Chuck Close in frustration with the entire class.)

“If I threw a chair out the window,it would be a more creative act than what you students brought in!”

A few other students and I used to hang around after class clinging on to every word he said.

He would talk all things art, theories, pushing the limits of art.

For me it was a heady, exotic language.

I was extremely shy, and in awe of the teacher, so I was really, really quiet.

In the most embarrassing, banal fulfillment of his art assignment,

we all proceeded to do a small version of his work,

I have such regrets that I wasted this time.

I moved to SOHO in the early 70’s. I lived in a 7th floor loft with skylight,

which was my boyfriend’s, Ted Stamm.

He generously gave me part of his studio
do do my work.

industrial antique elevator, ( last one in had to deliver to the next rider),

and sometimes yelling up to the lofts from the street, to throw the keys down,

was the only way to get in.

(I remember seeing John and Yoko doing this very thing one dawn morning.)

During those days small industrial factories would occupy the bulk of the building.

Living there was illegal, and any loft construction was on the cheap.

Every day you could see art performed on the streets, fire escapes and in the lofts.

I sat in my loft reading Hemingway’s “A Movable Feist”,

oblivious to what now seems obvious-

that I was living at the new art epicenter.

It was a Male world-men owned the walls of the galleries,

restaurants in the village, NOHO and SOHO,

I worked at Remington’s,Shakespeare’s,Spring Street Bar,

At the same time, trying to get my contemporary art started.

I lived with Ted for 3 years, he taught me so
much, and helped me.

We spent a lot of time going to openings, performances, art parties and museums.

his body lay under his paintings for days.

but I’m sure, hated the timing.

and raw canvas on irregularly-shaped stretchers. Prior to his unexpected death

responsive to the past, indicative of his time, and prescient of the future.

My paintings while I was living downtown, were minimalist works,

all white canvases filled with small brushstrokes of different hues.

which featured art gods such as Eva Hesse, Agnes Martin, and Frank Stella.

But I didn’t know how to proceed from there.

I could see it would be years before I was able to make a living from fine art.

Working nights in Greenwich Village, the waitress-nightlife culture was

swallowing me whole. I thought illustrating for sex magazines might be a fun temporary

job until my “real” career started. 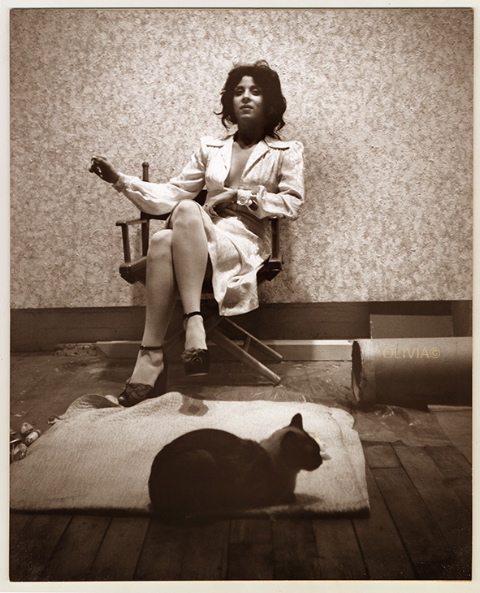 Joel and I grew up dreaming of an unconventional life.

I can safely say that we have achieved that goal.

We married in ’79 and share our days together creating our world.

Joel gets stuck with the day to day business,

but he also does the nude photography I use as
reference for my work, so he doesn’t suffer too much.

Joel’s penchant for these
collectables, and passion for flea marketing and antique book stores,

has added texture and context to my art and life.

on whether a painting is working or not.

I’ve pulled him in many times as he walked by my studio, to provoke some helpful

reaction to what I’m doing..my insecurities always seem to get the best of me,

when I inevitably ask his thoughts on a work in progress…

“does this art make me look fat?”

The books we’ve made over the years are our attempts to put our creative life into print. 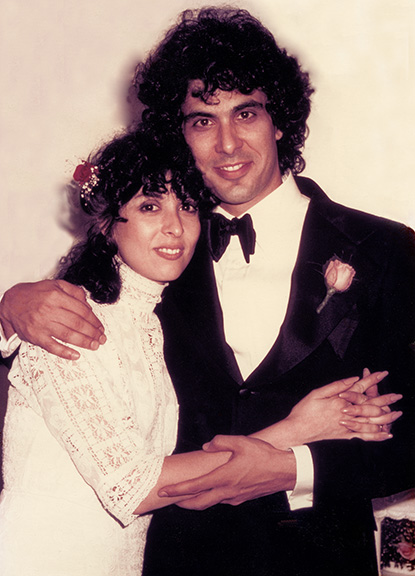 Our Pugs Sweetpea and Orbit R.I.P.

We’ve been living with pugs for more than 20 years. Life was quiet before them.

As anyone with a pug will tell you,

there is no silence…
snot, snuffle, snort and more snot…their constant hum.

Pugs are the antithesis of pinup. Whenever I start to

take my glamour art too seriously, the
pug in the room will always center me.

These silly clowns have kept us laughing and have had the run of the house,

Many beautiful models cooed, kissed and shared their spotlight with them.